It would be difficult for any discussion to cover all the regional distinctions, of course, but below are a few key points on topics ranging from exports to etiquette, to help business owners from any province better understand their extra-provincial partners and clients.

Exploring Business in the Maritime Provinces and Newfoundland & Labrador

If the first thing you think about when someone mentions Atlantic Canada is seafood, you’re on track. Seafood has historically been one of the region’s top exports, with the US as its primary market.

Business owners may also be curious to know that Atlantic Canada’s property prices are relatively low, which can help reduce companies’ operational costs.

Here are a few other points about the maritime provinces and Newfoundland & Labrador that you might not know:

The last federal election made it clear that there were some very different perspectives between Western Canada and some other parts of the country, which inter-provincial businesses will want to be sensitive to. According to a post on Global Affairs Canada, generalizations can “raise sensitive issues of regionalism” if Central Canadians are perceived as speaking for the rest of the country.

But there’s so much more to the West than disgruntlement. Here are a few compelling facts for business owners about the West’s business environment:

Business travelers to Western Canada will also want to be mindful of the abundance of cultures within the population and their differences. For example, etiquette expert Nina Durante advises that, in a Canadian-style meeting, you can expect a team approach where everyone talks, but in a Japanese-style business meeting in Canada, the most senior person may do all or most of the talking.

A Changing Business Environment in Ontario

You may associate Ontario with the seat of the federal government in Ottawa and the cultural and business centres in Toronto. These cities are key, but there’s also a lot more going on in the province that is relevant to businesses.

Much of Canada’s manufacturing sector is based in southern Ontario. Next Generation Manufacturing Canada (NGen), Canada’s Advanced Manufacturing Supercluster, has its headquarters in Hamilton, ON. Its goal is to match companies with innovative technologies to further advanced manufacturing in Canada.

Northern Ontario’s resources possess strong potential to drive economic growth. For example, in 2018, gold was Ontario’s second-highest export, behind motor vehicles. Developing infrastructure to access such resources is a work-in-progress between the federal and provincial governments.

Invest Ontario has observed that seven of the ten largest tech companies in the world conduct R&D in Ontario, including Microsoft, IBM, and Intel. The Ontario tech industry also has well-developed subsectors in artificial intelligence, interactive digital media, and quantum technology. Moreover:

The Ontario tech sector may be giving a boost to the province’s automotive industry, as the Ontario government invests in funding for autonomous vehicle technology development.

The tech sector is also changing business culture in Ontario. Tech companies tend to have more casual expectations regarding business attire, invest more in perks such as fitness subsidies and catered lunches for employees, and implement open vacation policies.

In Quebec, French is the language of business. Bill 101 made French the official language of government, courts, workplaces, instruction, communications, and commerce in Quebec. All business communication should therefore be in French, unless otherwise agreed.

While this legislation has limited some of Quebec companies’ opportunities with international businesses, Quebec’s aerospace industry is well-developed, with exports amounting to $7.6M in 2018. Other major industries include forestry, mining, and food and beverage.

Chocolate and other food preparations with cocoa totalled over $1M in exports from Québec in 2018.

I choose Montréal / Je choisi Montréal, an initiative of Montreal’s economic development agency and the Government of Quebec, provides some key insights into Quebec’s business culture:

An additional note: those looking to expand their businesses in the Greater Quebec City region should know that a low unemployment rate, an aging population, and strong economic growth has led many Quebec companies in the area to rely on foreign recruitment. Québec First has resources that can facilitate international hiring, and business owners can also read about the Government of Canada’s Federal Express Entry Program for hiring foreign workers.

Northern Canada is sometimes neglected in economic and cultural analyses due to its low population density: Nunavut, the Northwest Territories, and Yukon amount to approximately 113,000 people. However, the Canadian Northern Economic Development Agency describes the North’s importance:

The North is expected to rise in importance in the coming decades due to melting polar ice caps, which may one day create a Northwest Passage for international shipping.

Additionally, populations in the North are young and growing quickly. In response, Federal Budget 2019 committed to funding a taskforce to study post-secondary education, with an emphasis on recommendations for improving access to education in the North. As well, funding for a new science building at Yukon College that will set the groundwork for making the College the first university in Canada’s North.

Businesses looking to learn more about the business climates in each region may wish to look to Canada’s Regional Development Agencies, which drive economic growth in each of six regions across the country. Businesses that aim to grow domestically and internationally may also want to explore opportunities from the provincial and federal governments for business development funding and capital investment and technology adoption funding.

Learn how you can help navigate the business funding landscape by downloading our Navigating the Government Funding Process slide deck to keep apprised of government funding programs and application intakes. 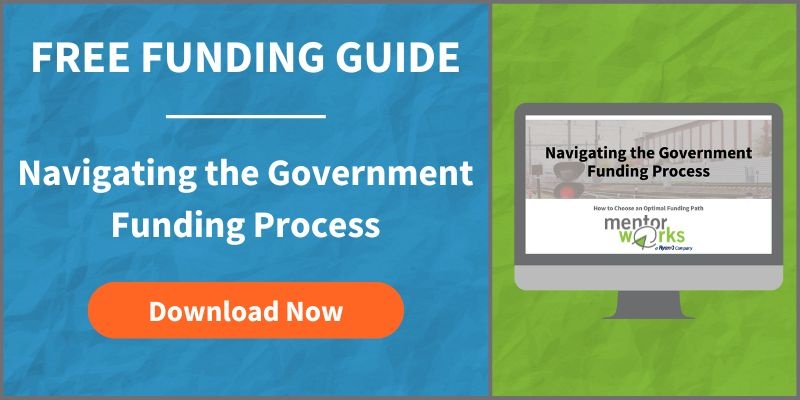