If you’re a millennial or part of early Gen Z, you may have grown up under the widespread belief that standardized education plans are the best option for a well-paying and rewarding career. It was not so long ago for these generations that it was believed, and for some heavily influenced, that a four-year university degree (perhaps even longer!) was the only way forward into a job that would help individuals flourish in their lives.

However, times are changing. With the labour market shortage streaming full force ahead, the Government of Canada and individual provincial governments have had to pull the lever on shifting career beliefs to promote the presence of sturdy jobs in the skilled trades to youth with new business grants.

The Ontario government has implemented several government funding programs to help with hiring and training new individuals to enter skilled trades careers. This includes helping to create programs which will inspire youth who will be entering the labour market in the coming years, whether that be next year, five years, or even a decade from now.

With the help of Skilled Trades Ontario (STO), the provincial agency guiding the transition to a simplified, modernized skilled trades and apprenticeship system, Ontario is leading more and more initiatives to spread the awareness that a job in a skilled trade is an admirable path.

“Our government is launching annual career fairs so that more students and parents know university isn’t the only path to success.”
– Monte McNaughton, Minister of Labour, Immigration, Training and Skills Development

Together with the Government of Ontario, the STO has launched a series of comprehensive, multi-day career fairs promoting the career paths in 144 different skilled trades. This is one of the many such initiatives that Ontario has green lit to tackle labour shortages and modernize the career paths available in the skilled trades.

“Ontario is facing the largest labour shortage in a generation, which means when you have a job in the skilled trades, you have a job for life. We will continue to make historic investments to attract more young people to rewarding, lucrative and purpose-driven careers in the trades, and ensure employers can find the skilled workers they need to grow their businesses and our economy.”
– Monte McNaughton, Minister of Labour, Immigration, Training and Skills Development

This type of initiative can be considered as early recruitment as it helps educate and bring awareness to roles that exist in society that may not be currently taught about in standard school courses. The goal will be to bridge the gap that currently exists between continuing education and students’ beliefs about what will make them a fulfilled and strong member of their community once they enter the labour market.

The career fair series deemed Level Up! provides students aged grades 7 to 12 the opportunity to learn about skilled trades jobs in Ontario through interactive exhibitions and hands-on activities. They will also have the capabilities to hear from and speak directly to tradespeople and local employers currently in trades industries.

“At Skilled Trades Ontario, our job is to make it easier for apprentices and trades professionals to reach their goals and get the word out to more people about career opportunities right here in Ontario. Our new brand celebrates there is a skilled trade out there for every passion.”
– Melissa Young, CEO and Registrar, Skilled Trades Ontario

Ontario businesses that are interested in creating and implementing similar initiatives to promote the skilled trades industry, or other industries in Ontario needing support to attract applicants, can access funding from government programs such as the Skills Development Fund (SDF). The SDF provides funding in the forms of grants to eligible applicants to prioritize workforce development projects which address labour shortages and stimulate growth in key sectors of Ontario.

Two alternative and currently available government funding programs that are also addressing the labour market shortage in Canada include the Women’s Futures Programand the Women in Skilled Trades Initiative. Both of these programs are directly working to motivate Canadian women into accessing and pursuing skilled trades positions.

Like the LevelUp! career fairs discussed in the article, another funding program working on encouraging skilled trades primarily to youth is the OVIN Regional Future Workforce Program. This program offers eligible applicants up to $500,000 per project to create and host engaging initiatives that educate youth about skilled trades jobs.

Learn more about how government funding can support your business’ recruiting initiatives by staying up to date with Canadian news about grants and loans in the free Mentor Works weekly newsletter. For any support on funding applications that your business may need, please reach out to our team directly. 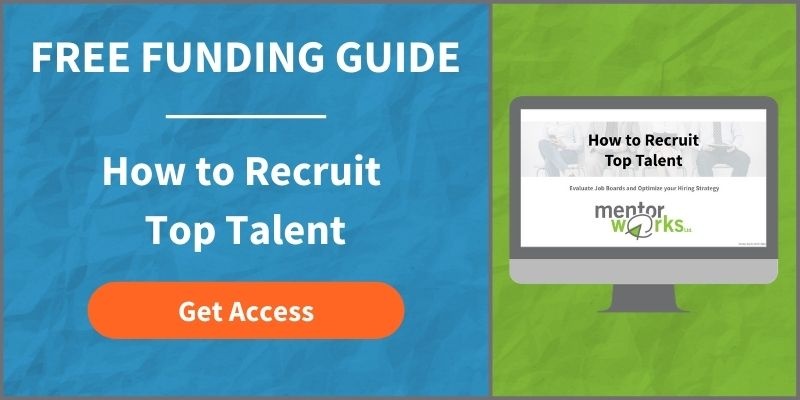