Every year, an average of 130,000 new Canadian small businesses are established. But despite this entrepreneurial drive, only 35% survive their first five years. While startups are critical to Canada’s innovation and overall business competitiveness, they face extreme pressure to maintain tight cash flow and survive streamlined operations.

It can be tough, but entrepreneurs aren’t alone. Startup Canada is a network of entrepreneurs that act as a voice for early-stage businesses across the country. Recognized for their grassroots approach to networking and cluster development, the organization has supported more than 80,000 Canadian entrepreneurs to date.

On November 29, 2016, Startup Canada hosted their third-annual Startup Canada Awards in Toronto, Ontario. Recipients (noted below) were recognized for their exceptional leadership and contribution to the Canadian startup scene.

Advancing The Environment and Culture for Entrepreneurship in Canada

“Each recipient is driving impact in Canada and globally, and represent the greatness and diversity of Canada’s entrepreneur community.”
– Brenda Halloran, Chair of the Startup Canada Board of Directors

Exemplifying the Spirit of Canadian Entrepreneurship

Most Canadian government grants and loans are positioned to support small and mid-sized businesses, leaving startups ineligible for most funding programs. Because of this, more than 80% of entrepreneurs use personal financing to sustain their new business.

This doesn’t have to be the case though. By accessing select startup funding resources, small business owners can receive the financial and mentorship support required to continue growing.

One of these resources is Mentor Works’ Startup Funding Checklist. As a startup, your top focus when it comes to government funding should be addressing these programs’ key eligibility factors. We’ve developed a guide to these criteria so you can keep checking them off until you become funding-ready. 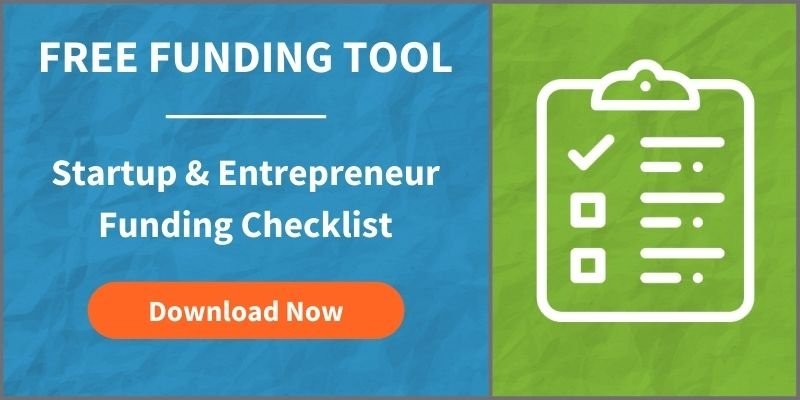