Ontario’s craft brewing sector shows no signs of slowing down. According to Ontario Craft Brewers, there are currently 275 independent craft breweries in Ontario, with an additional 80 new businesses in the planning stages.

The sector also has support from Canadian government funding. FedNor, the regional development agency for Northern Ontario, currently assists about 17 northern breweries with marketing and promotion, and last year the Canadian Agricultural Partnership provided over $1M in funding to help craft breweries in the province better market their products locally and internationally, and expand their operations.

A key component of the success of Ontario small breweries is the way that they have leveraged Canadian history and Ontario provincial identity. A study recently published in Business History, “New Identities from Remnants of the Past,” examines how the craft brewing sector has roots that reach back into Ontario’s beginnings; that is, craft breweries have enticed consumers with a nostalgia for an earlier period of brewing.

Firms who wish to thrive in the independent brewing sector in Ontario need to understand how it has drawn on past practices and images to attract today’s consumers.

“New Identities” outlines several stages in the history of Ontario craft brewing, each with a unique identity and strategy.

Prior to Confederation, breweries in Ontario were “pillars of the community.” Due to the difficulty in transportation and food preservation at the time, early breweries were always local enterprises, supplying communal food and drink in their own villages. Several early brewers in Ontario were also innkeepers and tavern owners, and such taverns played important roles in small communities. Before town halls were common, “the tavern was typically the only public building and, therefore, used for all sorts of communal activities, including political meetings, court sessions, and church services” (“New Identities”).

Brewers also got a lot of business from the British military in the province. According to the study’s authors,

The military associated beer with nutrition—malt was considered a good source of nourishment and beer provided a bacteria-free alternative to water. Early breweries also made spruce beer from roots of spruce trees; its Vitamin C helped prevent scurvy.

It is these roots of Ontario’s brewing industry—emphasizing quality and healthfulness, and centrality to the community, that today’s craft brewers draw upon.

From Local to Global

Brewing went through several more stages in Ontario’s history after Confederation, including a dip in production and sales under the temperance movement and prohibition, before entering a period of corporate capitalism in the second half of the 20th century. At that time, breweries became multi-plant operations, emphasizing high production and high efficiency. Local taverns, on the other hand, floundered under the massive competition.

The Return of Ontario’s Craft Breweries

However, in the late 20th century and early 21st century, consumers began asking for more product diversity, wanting Ontario beer with a quality similar to imported beers. As a result, craft brewing businesses began to proliferate.

These independent breweries competed with their corporate colleagues by differentiating themselves. They purposefully evoked the characteristics of pioneer-days brewers, with an emphasis on small-batch brewing and local distribution. In fact, as the study’s researchers point out, this is still many small brewers’ strategy: they use a different production philosophy, one that rejects preservatives in the brewing process, for example, and focuses on quality over efficiency. Consumers have responded favourably:

Across the last three years, the volume of Ontario craft beer sold has increased by over 36%.

Taverns have also become important again. Draft beers, consumed in local taverns and bars, form a higher percentage of sales for many breweries, and some breweries exclusively sell draft beer. Thus, beer drinking has again become associated with gatherings in one’s local tavern, as it did in Ontario’s earlier days.

In fact, several breweries explicitly highlight their affiliation with Ontario’s history. The study points out that many craft breweries have been established in towns with a history of brewing, such as Brick Brewing in Waterloo, or given historical names, such as Upper Canada Brewing.

These historical affiliations provide a sense of legitimacy and authenticity to what are, in many cases, relatively new businesses.

While craft breweries might draw inspiration from history, at the same, they also employ the latest in scientific process control and innovative equipment in order to maintain the small-batch tradition and the highest quality. Many breweries are also looking beyond local markets now and considering how they can expand while maintaining quality and individuality.

As noted above, both established and new craft breweries have access to opportunities for Canadian government funding. Breweries and other food and beverage firms looking to improve their business through new technology or marketing efforts may be eligible for funding under the Canadian Agricultural Partnership (CAP). The CAP Ontario Processors Program, for example, offers $20K-$250K in grants for a range of project types that boost competitiveness and productivity.

Food and beverage companies may also be eligible for more general Canadian funding programs, such as Business Scale Up & Productivity (BSP), which helps businesses adopt or adapt new technologies.

Learn which one of the 75+ active government grant, loan, tax credit, or funding programs your business may be eligible for by getting in contact with a Canadian government funding expert. 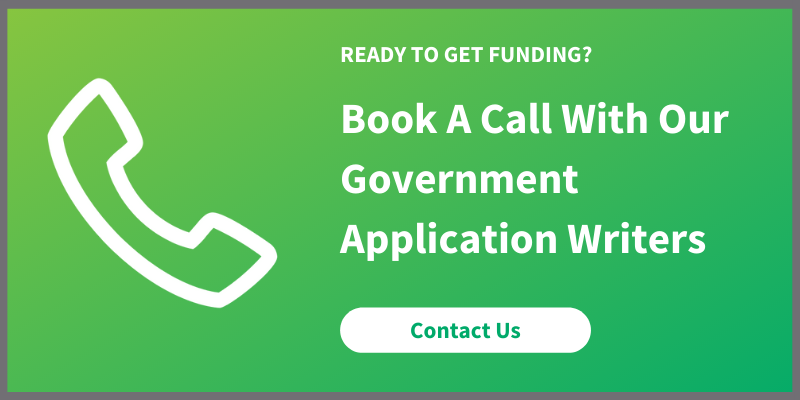