The Canada Media Fund (CMF) is a funding program that fosters, supports, and advances the production of Canadian content and applications in Canada’s screen-based sector. Its goal is to help make Canadian content and technology more competitive in a global digital environment by fostering innovation and developing diversity in content. CMF’s Convergent Stream programs fund projects that include content produced for distribution on at least two platforms, one of which must be television, while CMF’s Experimental Stream provides interactive digital media funding and software development funding.

$9.4M for Digital Media Projects through the Innovation Program

Successful applicants for new productions receive repayable/recoupable funding in an amount appropriate to the needs of the project, to a maximum of 75% of the project’s eligible costs or $1.5 million.

Below is an outline of the awarded projects under CMF’s Innovation Program:

Enter the Duat is a first-person virtual reality (VR) adventure set in the ancient Egyptian underworld known as the Duat. It utilizes proprietary immersive VR technology, creative storytelling, and solid academic research to explore the myth of the sun god Ra and his battles with Apep, the god of chaos.

Players of Été take part in an interactive story that explores the complexity of human memory by retracing the experiences of the protagonist, Gab, in relation to Marianne, an aspiring filmmaker, and Théo, a brilliant musician.

Created for kids aged 5 through 9, Math Time uses a visual world to demonstrate the effects of numbers in the real world. The game offers a range of situations, where users can modify aspects of the game’s world, such as length, size, angle, the number of duplicate objects, and other properties.

In this mobile game, the player must care for an oak tree that lives, through augmented reality, in the player’s yard or local park. As the tree grows, players will be visited by a collection of adorable and inquisitive characters who share stories about nature and human history.

In Ravenlok, a third-person action adventure game, players follow Anna Ravenlok on a quest through multiple dimensions to free herself from imprisonment in a Victorian mansion, a structure that is actually a manifestation of Anna’s self-doubts.

Sentience is a video game set in a dystopian future where robotic servants had become a part of everyday life, until the robots were used by the government to oppress its people. A resistance group, Cipher, hack factory robots and provide them with sentience so that these robots can support the resistance.

Steamboat Billy: The Curse of the Leviathan

Steamboat Billy: The Curse of the Leviathan is a 2.5D role-playing game that details a realm where, once a millennium, the great Leviathan emerges from the depths of the oceans to cast a curse on the world that imprisoned it. Its creators describe the game as “a clever mix of The Legend of Zelda: The Wind Waker and Pokémon in a 1930s American cartoon-art style.”

This a single-player role-playing game that takes place in a punk, violent world of wealth. In a dystopian near future, the highest social classes compete for a coveted trophy by combining animals with gruesome technology to race against one another, but their games have drawn the anger of animal activists, who try to stop them.

Windigo is a choose-your-own-adventure style game set in 17th century Canada. The player assumes two characters, an Innu youth and a young daughter of the King, whose narratives intersect. The two characters must cross hostile Canadian lands through the seasons with a frigid winter approaching and Windigo always watching. Windigo was developed by a team of creators from different backgrounds (including Wendat, Maliseet, and Atikamewk).

Winds & Leaves is an exploration and simulation game for a single player, designed for next-generation VR platforms. Players are alone on an island with only a handful of tools and the task of revegetating the desolate land.

$13.2M for Television & Other Media Projects

The Canada Media Fund also awarded support to 34 projects under its Aboriginal Program and its English POV Program, which both fall under the Convergent Stream of CMF.

The CMF is providing over $7.7M in funding to 17 Indigenous-led projects through the Aboriginal Program, which supports Aboriginal production in Canada with funding of up to $750K per project.

Example awarded projects include Dreamcatchers, an animated series about Indigenous tweens who use their ancestral superpowers to battle evil; Night Raiders, a female-driven dystopian drama; and Policier autochtone, a documentary about Indigenous police officers.

Seventeen feature-length documentaries will receive $5.5M in funding through the English Point-of-View (POV) Program, which provides funding for one-off, point-of-view documentary production projects in the English-language market, with support of up to $400K per project.

Example funded projects this round include Love, the Last Chapter, which explores the impact of assisted living on romantic and other intimate relationships in a seniors’ care home, and Black Zombie, which considers the evolution of the zombie from Haitian Vodou to Hollywood horror, revealing its connections to slavery and resistance movements.

CMF’s Innovation Program offers up to 75% of project costs to a maximum $1.5M in repayable/recoupable digital media funding. Marketing-only funding for previously awarded projects is subject to a maximum of 50% or $400K.

Eligible projects must be:

2) Interactive, in that products represent an opportunity for users to meaningfully interact with technology or with other users; and

3) Connected to the Canadian cultural sector.

The deadline for projects that have previously received funding for production and now wish to apply for additional support for marketing and promotion activities is November 14, 2019.

The next deadline for new projects for the Innovation Program in 2020 has not yet been announced, but the program typically has two intake dates, one in the spring and one in the fall.

The Canada Media Fund is one of the many funding programs available to digital media creators. To learn more about project financing options, please download the Types of Government Funding slide deck. 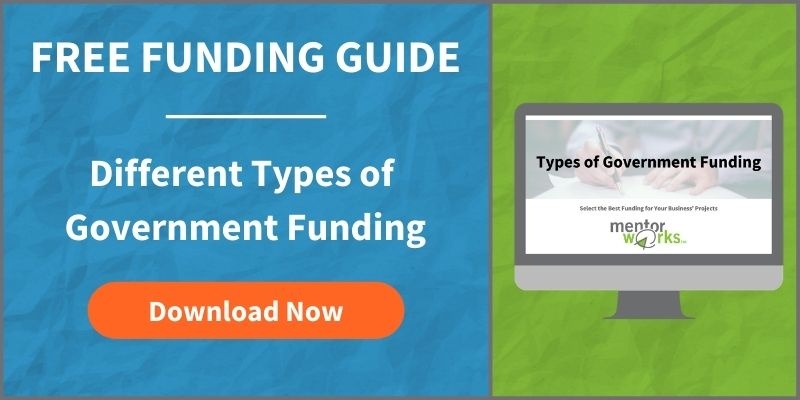