FCA Canada recently received funding from the Ontario provincial government to support an investment in a new Vehicle Dynamics Simulator (VDS) lab that features the most advanced driving simulation technology in North America.

FCA Canada, a subsidiary of FCA US, operates assembly facilities in Windsor and Brampton, Ontario; these facilities produce several Chrysler and Dodge automotive models. FCA also operates an aluminum casting plant in Etobicoke, Ontario, as well as a research facility in Windsor (in partnership with the University of Windsor), and sales offices and parts distribution centres throughout Canada. FCA Canada employs about 12,000 people, most of them in Ontario.

FCA used SWODF funding to launch advanced driving simulation technology. The simulator, developed with technology partner VI-grade, features nine directions of movement and specific driver calibration, and it replicates the ride and handling of a vehicle on a variety of road surfaces and driving environments, modelled using five projection screens.

Investment in the driving simulation technology totalled $10.1M. Altogether, FCA’s investment in its research centre amounts to $28M over the past five years.

Initially, the Vehicle Dynamics Simulator will support chassis dynamics (how the chassis responds to driver inputs), but in the future, FCA will use it to support development of Advanced Driver Assistance Systems (ADAS) and Human Machine Interface (HMI) systems. According to FCA’s Head of Engineering, through simulators, FCA can perform tests on sensor technology for ADAS, evaluate HMI configurations, and test driver distraction remedies.

Given that most automobile accidents are caused by driver error, FCA’s capabilities for testing systems that aid drivers will increase both car safety and general road safety.

FCA Canada has a history of leveraging funding from the Province of Ontario.

In 2016, FCA Canada received $85.8M from the province to support its Windsor operations.

About $70 million of the total went to the Windsor Assembly Plant for re-tooling, in order to support production of the Chrysler Pacifica plug-in hybrid. This support was in alignment with the provincial government’s prioritizing of R&D and production of electric vehicles. An additional $16.8 million went to the construction of a new lab at the ARDC. The project, with total costs of approximately $1B, created more than 1,200 additional jobs in Windsor.

The Business Stream of the Southwestern Ontario Development Fund provides support for large-scale investments in capital equipment and facilities. The program particularly targets projects that will foster innovation, drive productivity, and create jobs within the province. Funding is in the form of grants or a combination of grants and repayable loans.

SWODF business investment funding provides up to 15% of project expenses to a maximum of $500k-$5M depending on whether businesses are applying for a grant or a loan.

The next intake period for the Southwestern Ontario Development Fund is December 2, 2019 – January 20, 2020. 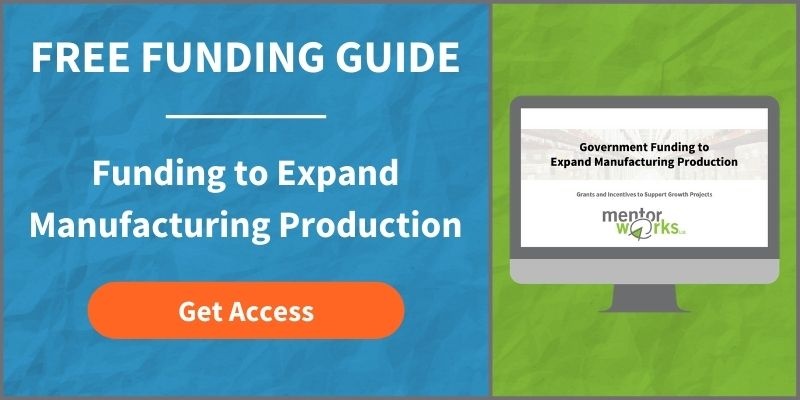